Kings Beach Retreats abuts the Newland Head Conservation Park which is recognised as a rare eco-system of high conservation significance and which contains perhaps the most spectacular portion of the Heysen Trail.

Guests will find an amazing diversity of native vegetation, wild flowers and native birds and animals along this walk.

Well over 100 different bird species have been sighted from the cliff top.

When walking the trail, you are likely to see the popular Superb Fairy-wren (Blue Wren), little Red-browed Finches, Silvereye and some of the many honeyeaters that forage amongst the cliff top vegetation. The lovely bell-like contact call of the Fleurieu’s Adelaide Rosella and the beautiful song of the Golden Whistler or Grey Shrike-thrush are a common accompaniment to other sounds along the trail.

Keep an eye open for the many species of smaller bush birds along the way such as the Brown Thornbill, White-browed Scrubwren, and the Spotted and Striated Pardalotes. You may even be lucky enough to get a glimpse of the endangered Chestnut-rumped Heathwren as it hops briskly through the shrubs or hear it sing with a varied array of trills, and whistles as it mimics the songs and calls of other bird species. From time to time the rare Beautiful Firetail can also been seen.

Different birds of prey (raptors) catching the updrafts from the cliffs are also a common sight. Amongst those that are resident to the area are the Peregrine Falcon, Black-shouldered Kite, Nankeen Kestrel, Wedge-tailed Eagle and the endangered White-bellied Sea Eagle.

A pair of White-bellied Sea-Eagles have their home territory at Waitpinga Cliffs and can often be seen soaring in majestic circles. They are the only known breeding pair on the Fleurieu and have the only nest on the mainland coast between Eyre Peninsula and the Victorian border. These Sea Eagles are listed as endangered in SA and are known to be very sensitive to any disturbances during their breeding season. They can abandon their nest and young if they sense intruders into their territory. A great deal of work is being done to protect them including a strict exclusion zone, so please be very careful not to venture off the established trail.

Kangaroos, echidna, lizards, small native rats and at times, the little Yellow-footed Antechinus, a small nocturnal marsupial, are among nature’s many surprises that you may encounter. Dolphins and seals are regularly seen playing or feeding out from the base of the cliffs.

The height of the Waitpinga cliff top and the King Beach Retreats offer some of the most magnificent locations for whale watching in the area. Southern Right Whales are often seen along our coast during the whale season (May-October). Humpback Whales can also be sighted as they migrate through our waters on their journey north to warmer waters. You may experience an ‘at your doorstep’ opportunity for a ‘close and personal’ encounter with these magnificent animals.

Our close neighbours, Elizabeth Steele-Collins and husband Doug Collins at ‘Sea Wings’, have done much to preserve the flora and fauna of the Waitpinga Cliffs. They monitor and protect this area of the Heysen Trail.

Both bird and native flora lists are available in the retreats. 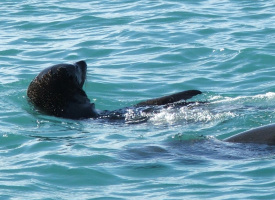 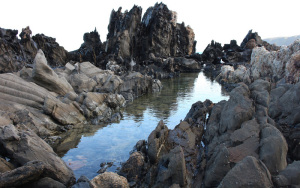 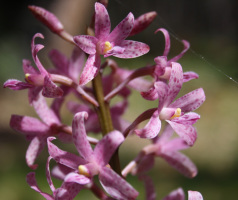 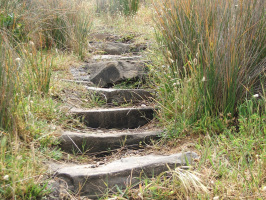 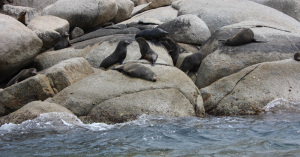